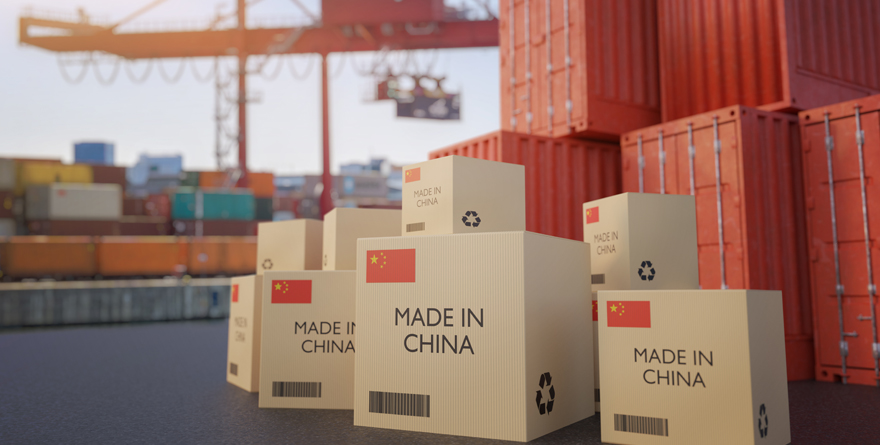 AFTER THE 2020 DUST HAS SETTLED

While 2020 began as normal for the rest of the world, China announced in early January that it had been hit by a new coronavirus and that very strict measures were necessary to control its spread. For the rest of the world, life continued as usual. However, it was not too long before we would all be having our last face-to-face customer meeting for some time.

The Covid-19 situation has been under control in China since the summer. At that time senior management in China were allowed to travel again. Despite having the situation under control, there continue to be local outbreaks of Covid. The Chinese control system to counter these outbreaks is to create immediate local lockdowns and/or quarantine measures for people travelling in these areas. In Q3 of last year traces of the virus were found on the packaging of imported frozen products. Since then, a very strict regime of inspection is used on frozen imports such as fish and meat. For meat, close to 80% of all containers are inspected, while for fish this percentage was around 65%, which is still more than double normal inspection rates.

Despite many restrictions, especially in the first half of 2020 and ongoing local lockdowns and a world outside Asia in severe lockdown, China managed to have a year-on-year increase of GDP in the fourth quarter of 2020 of 6.5%. These are growth percentages similar to before the Covid pandemic. So, China is back to where it was before, but the world around it still has many restrictions in force.

At the end of February 2020, with the virus rapidly spreading out beyond Asia, many businesses had to close down temporarily. Especially in the entertainment industry, restaurants and cafés, but also in retail, where most businesses had to close down their traditional bricks and mortar business models. This, together with a closed-down China still in Q1 and a post-Chinese New Year lull in business, created a feeling of major overcapacity that needed to be adjusted.

Most major container lines are now participating in vessel sharing alliances. These alliances were quick to adjust capacity to the free fall in demand in these first Covid-19 months. Many sailings were blanked out and capacity was taken out of the trades.

The adjustment to the slowly growing demand has been done very successfully by the alliances in the subsequent months. A free fall of sea freight rates, ocean carriers in trouble and disrupted market conditions have been avoided during the first three quarters of last year.

But retail business, service providers and manufacturers were very successful to develop digital transformation models to increase spectacularly the online sales channels to make up for much of the losses of the traditional bricks and mortar sales channel.

At the same time, the ongoing government support of the economies combined with strict lockdown measures created consumers who had more to spend on home improvement, money they could not spend on travel, tourism and outdoor entertainment.

However, this was a container shortage that started to ripple down to other trades, like the Far East-Europe trade. Cost levels that have never been seen before and are starting to impact the small- to medium-sized business segment sourcing from the Far East and more dependent on short term ocean contracts of one-to-three months maximum.

Another effect of the high cost of ocean freight is a narrowing of the difference with the rail freight costs. This could have a lasting push for more rail usage between China and the European countries.

Finally, with such high transportation costs, some businesses might start to look even harder at alternative areas for sourcing products or components, like near-sourcing or domestically.

Added to this the recent Suez Canal blockage and we can expect the chief supply chain officers (CSCOs) to have a risk-awareness level not seen for a while.

In China most deepsea ports, despite the Covid-19 crisis, have seen modest volume growth in 2020. Something that was not expected at the beginning of last year.

It confirms again how fast China managed to gain control over its pandemic in early 2020, and also that in principle the trade volumes of consumer products, in particular, has remained strong and has been able to find alternative retail channels, maybe even much better than expected initially.

Despite all the issues with the pandemic and the volatility in ocean freight, there are some major underlying trends happening in China.

Technology development. Not only used for higher-value products, but also increasingly for improving productivity, because of increased costs in China. This development creates a slower transformation of low-value manufacturing moving to South-East Asian countries while developing new segments of products, especially in hi-tech.

The realisation of China to move from an export-dominant economy model to a more integrated economy with increased service sector and increased consumer products imports.

The central government has actively stimulated the biggest import exhibition, in Shanghai in 2019. The 2020 event was obviously cancelled. But future import-expo events can be expected in the years to come.

This stimulates more import infrastructure hubs, in coastal areas near ports or at important cross points in the inland provinces.

A rapidly developing online e-commerce retail and serviced model has created e-commerce warehousing campuses. For the import of products ideally located near free trade zones, to be able to make use of a so-called simplified cross border process for e-commerce.

Besides the development of the coastal areas, China has now increased the development of inland provinces under the ‘Go-West’ strategy. This trend began some years ago in the export dominant model, moving production to lower-cost areas inland, sometimes supported by provincial or local government subsidies. But with the more integrated model of China, inland provinces are gaining in GDP and consumption of imported goods.

This means that connectivity for these inland areas with ports or hubs becomes more important. This can be connectivity by rail, waterways and highways.

In addition, the One Belt One Road programme also has implications for China’s inland provinces, increasing the overland trade with their partners to the west.

In the consumer and service industries, Guangzhou and Shenzhen are transforming their local economies. With large amounts of consumers around the Pearl River Delta, imports of goods, especially frozen and fresh foodstuffs, and beverages and branded consumer goods have grown consistently with double-digit figures over the last few years.

A major factor helping the GBA to grow consistently in all directions is the development of infrastructure to connect GBA with the inland provinces, but as important is the infrastructure connections within GBA itself, so that it can truly develop as a megalopolis – a new Bay Area, like some of the famous bay areas that we see in other parts of the world such as New York, Tokyo or San Francisco.

Within the GBA all major cities are now connected via high-speed, high-frequency trains, making it possible to travel within the GBA from every major city to another in less than an hour.

The under-construction Hong Kong Macau bridge-tunnel connection is another example of the GBA master plan.

If we take a closer look at the picture from a port development perspective: originally Hong Kong was the major deep seaport of the Pearl River Delta but in the late 1990s the major growth of the Shenzhen ports.

Today, more and more China business can ship directly from or to the mainland onto the mother vessel, given that Shenzhen’s draught is deep enough to accommodate the vessels in the large east-west trades.

Over the last 10 years, the size of the vessels in the east-west trades, but also in the north-south trades further has increased. With the increase of the vessel size and the transformation of export especially towards the west side of the Pearl River Delta and the inland provinces, the volumes of the Shenzhen ports have started to stagnate, Hong Kong volumes are falling, while the increase in volume now shifts towards the Western Pearl River Delta.

If you have any questions about this blog or you would like information about how Uneek Forwarding can help you do business with China and arrange your Freight Forwarding please get in touch.