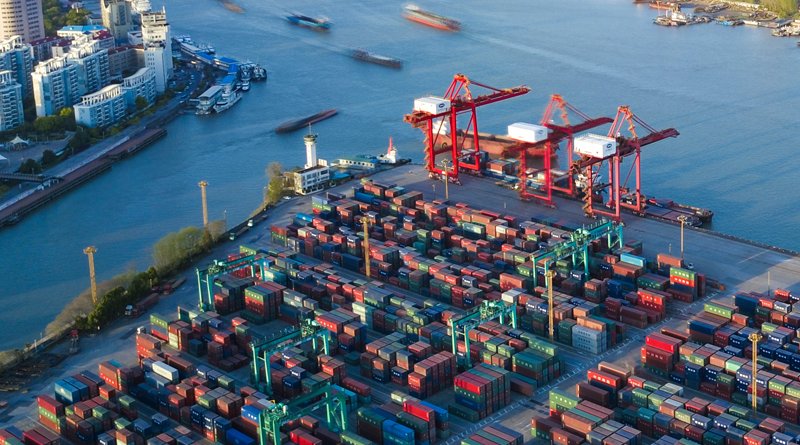 The COVID-19 pandemic has caused widespread disruption in relation to supply chains across the globe, and unfortunately, that does not seem to be an issue that will likely fade — and if anything, it is likely to be more unpredictable than ever.

The Chinese city of Shanghai, the location of the busiest and most proficient container terminal in the world, was thrown into disarray in late March following the Chinese government announcing a mass lockdown in the Pudong New Area, a 1,200km squared zone on the eastern bank of the Huangpu River. Authorities in the region announced the mass lockdown to allow for four days of mass testing as the Chinese financial hub looked to control an outbreak of the Omnicron variant of COVID-19, which has ravaged most of the world since its mutation in late 2021.

Authorities in China reported that normal trade and shipping activities would resume, with Danish shipping company Maersk confirming that the terminal has remained fully operational. However, they warned that trucking services in and out of Shanghai would be severely impacted by around 30% due to a full lockdown in Shanghai’s Pudong and Puxi regions, with all warehouses in Shanghai remaining closed.

Since the original lockdown, which was imposed on the 28th of March for four days, Shanghai has yet to lift the lockdown fully, and the full impact on trade is still unfolding.

Maersk issued an advisory on the 13th of April, advising that “several vessels will be omitting Shanghai” due to a shortage of available container space. The advisory stated, “Due to the impact of the lockdown, we have seen an increased yard density for dangerous goods and reefer containers in Shanghai terminals,” it says. “We recommend customers, when possible, to ship or divert the cargo to other Chinese destinations or other markets in order to avoid the congested port.”

CMA CGM has also recommended that cargo owners “anticipate potential issues and identify re-routing options”, again focusing on refrigerated goods. It says shipments risk being denied for discharge at the last minute due to limited capacity for electrical supply.

And MSC says Shanghai port is experiencing “considerable congestion, resulting in low or, at times, no availability of plugs for reefer containers”, which may result in damage to the cargo.

MSC has also given notice that empty containers are to be shipped from China to ports in northern Europe and the western Mediterranean. A statement from Crane Worldwide Logistics issued on April 13 says ocean carriers “are increasingly omitting Shanghai calls and preparing to announce more blank sailings”.

“Depending on how long the lockdown continues, the lines may need to look at idling ships for a while,” Crane Worldwide Logistics adds. Figures from Bloomberg suggest that as many as 500 ships are currently anchored off the Chinese coast.

While various trade experts highlighted in 2021 that China’s zero-COVID policy would severely hamper vessel and container availability, events have unfolded slightly differently to the expert reports.

Instead, the issues stem from the impact on road travel once containers have been unloaded. As Maersk originally highlighted, CMA CGM’s statement points toward shortages in trucking capacity have meant cargoes are suffering “drastically slower pick-up time and therefore excessively stretched dwell time”.

Maersk says drivers are still able to reach warehouses in Shenzhen, Ningbo, Xiamen and Qingdao, but must hold proof of a negative Covid-19 test. With Ningbo also reporting sporadic cases, there are fears restrictions could be expanded, further complicating those journeys.

This congestion in Shanghai adds to longer-term concerns over disruption to global supply chains, in part attributed to an imbalance between supply and demand during 2021 as economic recovery took place at different speeds in different regions of the world.

Through our London warehousing facilities, we are able to provide an efficient and cost-effective service that is driven by technology to meet your warehousing needs. We have 80,000 square feet of space across both of our London warehousing sites; with one site situated next to Heathrow and the other conveniently located on A13, we offer fast access to central London, M25, London Gateway and other major road networks.