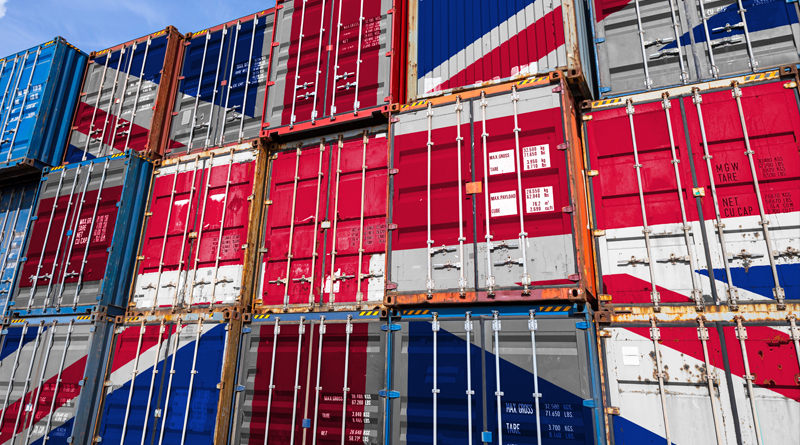 Exporting Industries in 2022 – The United Kingdom sends goods to over 150 nations, from the United States to Germany, and ranks amongst world leaders for exporting aircraft parts, platinum, and gold. You’ll also find that vehicles, pharmaceuticals, and fuel are big businesses for the Brits. So let’s now take a look at what we think the UK’s top 10 exporting industries will be in 2022. If you’re looking to transport any of the following goods, then take a look at our checklist for exporting UK goods overseas.

At the top of the list are precious metals such as platinum, gold, and silver, which can all be recycled from various materials. For example, platinum is key for catalytic converters in the automotive sector, mainly in diesel vehicles (palladium is more prevalent in petrol vehicles). At the same time, gold and silver are popular for jewellery-making and for investors securing wealth.

The UK aircraft industry, particularly parts like wings and engines, is the second largest in the world. It’s a source of research, development, and investment and is an export that continues in periods of economic uncertainty (as orders are usually placed years ahead). Recently, revenue has been boosted by rising demand for new types of fuel-efficient aircraft that use composite materials.

The motor vehicle industry was originally supported by a rise in new car registrations and demand from emerging markets (supported by low-cost financing deals). However, despite being placed at number three on the export list, the UK’s motor vehicle production has actually declined over the past five years, especially recently due to Covid.

Producing medications, contraceptives, diagnostics, biotech, and more, the UK is one of the largest pharmaceutical markets in the world. It holds a prominent position both globally and locally, and while much of the revenue still comes from exports, the value of these has decreased since 2016-17 – though it is predicted to pick up again.

Coming in at the halfway point on the UK export list, operators in this industry use a refining process to manufacture both petrol and petroleum-based products (including jelly, wax, and white spirit). Petrol used to be the leading focus, but a decline in demand led to oversupply, and crude oil prices became volatile, particularly during the pandemic. Following the closure of some refineries, many industries are seeking new markets.

The UK oil and gas industry has formed partnerships to pool resources and maximise extraction efficiency, all in a bid to boost output during periods of instability, due to the maturity of existing fields. Revenue has reduced as a result of downward pressure on prices, but a lot of early investment has gone into a stream of new fields, with operators expected to reap the benefits in coming years.

Although remaining in the United Kingdom’s top ten list of exports for 2022, the off-road vehicle industry (including some SUVs and CUVs) is forecast to decline over the next five years. Like many other industries, revenue fell during the COVID-19 outbreak – plus, the threat of supply disruption in the years prior led to temporary plant closure, reduced output, and thus low consumer confidence.

Jewellery manufacturing in the UK covers bridal jewellery (traditional rings, necklaces, and bracelets) and costume jewellery for fashion as well as smaller segments such as goldsmith, technical, or lab articles but does not include imitation jewellery or jewellery repair. Most products use precious metals, semi-precious stones, and pearls. Over recent years, demand has remained high, but political events could have a negative effect.

The “Made in Britain” label holds some serious power – emerging economies are growing, and consumers continuously seek UK-made clothing from brands such as Burberry and Mulberry. Production in Asia isn’t as cost-effective as it used to be, so multiple businesses are moving their facilities closer to home; however, revenue from the clothing industry is expected to decrease.

Finishing our top ten UK export list and playing a solid role in the chemical sector, operators in this industry convert petrochemical feedstocks into chemicals like olefin. These products form the foundations for a wide range of consumer and industrial products, with revenue trends following global prices of crude oil and natural gas. However, the UK has lost some ground over the past few years due to higher-volume production in countries with lower manufacturing costs.

Need help understanding these exporting industries or shipping goods overseas? We have the experience to safely transport all kinds of items, from heavy machinery to small valuable items such as jewellery. Contact Uneek Group today for help and advice.