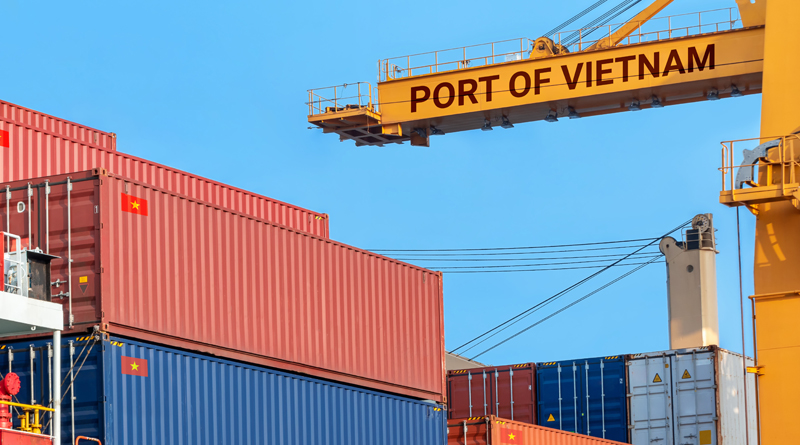 In an effort to combat the dramatic rise in freight costs and supply chain disruptions experienced during the pandemic, Vietnam is planning to launch a national container shipping operation. Brought to fruition by the Vietnam Logistics Business Association, the company recently mapped out a plan for the development of an intra-Asia shipping operation that would later expand to international operations with the support of private capital.

The Vietnam Logistics Business Association have pointed out that there have been many resolutions in the government on the issue of developing Vietnam’s shipping fleet; however, this is the first proposal that has progressed. Their new plan aligns with the government’s goal that by 2045 Vietnam will become “a developed, high-income country.” They said having a fleet of containerships would reduce the “huge amount of foreign currency” spent by the government on shipping as well as limit the pressure on foreign shipping lines, exposure to freight rate increases and surcharges, and provide a tool for long-term economic security for the country.

Currently, around 90 percent of Vietnam’s import and export volume is transported by sea, reaching 24 million TEU, up seven percent in 2021. However, the country’s current fleet only has around a seven percent market share, with the rest being handled by foreign shipping lines. While Vietnam currently has ten container shipping companies owning 48 containerships with a total capacity of 39,500 TEU, 13 of the vessels are over 25 years old, and 15 have a capacity of between 300 and 600 TEU, suited only for domestic operations. Only 14 of the ships have a capacity of between 1,000 and 1,800 TEU and can run routes intra-Asia.

One of the industries that they point towards as having been hit by the dramatic increase in freight rates and capacity constraints is wood exports. The U.S. is Vietnam’s biggest export market for wood and wooden products, accounting for nearly 60 percent of Vietnam’s total wood exports, to a value of $14.8 billion last year.

The plan calls for the development of logistic services in Vietnam by 2025. The first phase would last three to five years and require approximately $1 billion for ships and a total investment of about $1.5 billion. It would focus on building services intra-Asia with routes to Korea, Japan, China to India, and the Middle East, which accounts for about 60 percent of the country’s import-export volume.

The first year would require a total of 14 ships with a capacity of 1,800 to 2,500 TEU that could directly dock at the Hai Phong Port. The second year has been planned to see a further six similar-sized ships to add routes to both China and Japan, and in the third year, Panamax ships with a capacity of 4,000 to 5,000 TEU would join the operation. In total, they call for the acquisition of at least 25 ships within the first five years of operation.

The second phase of the effort to build their national shipping capability is even more ambitious but would not be launched for at least five years while they focus on Asia. They also recognize it would require “mobilizing private capital for investments,” as well as coordinated cooperation from manufacturers, shippers, and the government.

To participate on international routes to the Americas, Europe, or around the world, they envision employing post-Panamax and large container ships with a capacity of at least 4,000 TEU and more likely between 6,000 and 11,000 TEU. The plan notes that it might even require ultra-large vessels with a capacity between 11,000 and 14,000 TEU or even 18,000 TEU.

Seen as vital to the long-term development of Vietnam, the Vietnam Logistics Business Association is seriously considering moving the plan forward. They point to Vietnam’s experiences in the 70s when the country was embargoed and blockaded as a viable reason for the project to start.